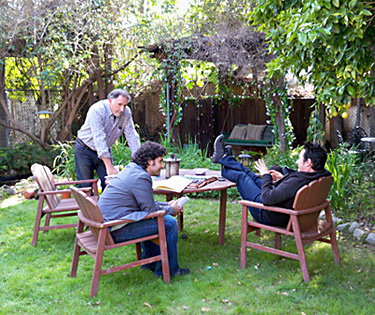 In real life, attorney Lucien Gray and his philanthropist wife, Blanche, built this house in 1909 for the then-exorbitant expense of $8,600, double what many of the city's houses cost at the time. It was designed by architect Arthur S. Heineman, and is located at 2515 4th Avenue. Blanche Gray launched the first Community Chest Drive, the forerunner of today's United Way charity, from the dining room. The Gray family lived here for more than 50 years, and then sold the residence to Dr. Ruth Temple, a prominent black physician who was the first African-American woman to practice medicine in Los Angeles. Temple entered Loma Linda Medical School in 1913 as one of three female students in the class, and became the school's first black graduate in 1918. She settled on preventive health care as a specialty, and opened the first medical clinic in Southeast Los Angeles.