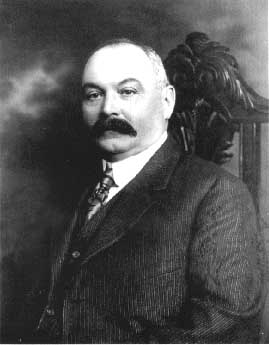 1859-1927. Secundo Guasti immigrated to Los Angeles in 1878 from Asti, Italy , via Mexico . In Italy he had been a farm laborer. In Los Angeles he hired on as a cook in an Italian restaurant. There he fell in love with and married the daughter of the proprietor. He and his wife explored the desert area around Cucamonga and discovered a plentiful water table beneath the sandy soil, leading them to believe the area was suitable for growing wine grapes. In 1901, Guasti purchased some 5,000 acres in the area around South Cucamonga at 75 cents an acre. While many scoffed, Guasti in 1904 established the Italian Vineyard Company and soon built it into the largest winery in California . Guasti started several varieties of grapes and wine that he imported from Italy and France .

Guasti brought whole families from Italy to till the land, build the winery, and an Italian town that he named "Guasti." A company town, it had its own school, general store (where workers could spend company scrip), firehouse, and later, a church. Guasti built houses for the workers. There were also two or three rooming houses for the unmarried men and an inn. The winery had its own railroad station, and tracks were laid throughout the vineyards, bringing the grapes by rail in small box cars to the winery for crushing. In 1910 Secundo Guasti built a grand mansion in West Adams , at 3500 W. Adams Blvd. , designed by architects Hudson & Munsell. After his death, the Guasti family sold the house to film choreographer and director Busby Berkeley. It is now the home of the Prana Peace Theological Seminary.

A tragic event in 1903 led to an odd ending for the Guasti Winery. A locomotive derailed, swinging into the fields where it killed thirty-two men. Guasti had a cemetery built nearby. Over the years the place acquired the reputation of being haunted, by the dead workers and even by Secundo Guasti himself. Today the winery has become a tourist attraction called the Haunted Vineyard. It is located at 3099 Guasti Road just off the I-10 north of the Ontario airport.