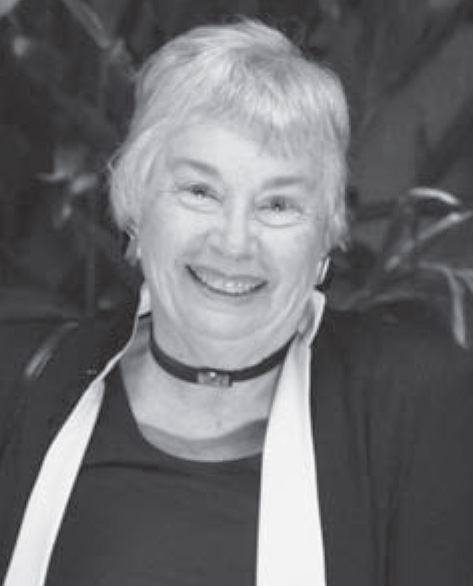 In the early years of the Community Redevelopment Agency (CRA) in West Adams, surveys provided guideposts for the Redevelopment Agency to guide developers towards sensitivity to historic resources. McAvoy (with Leslie Heumann) was on the cutting edge of historic resources surveys when, in 1985, the Hoover Redevelopment Project embarked on its areawide survey. McAvoy has surveyed historic resources while being unflappable in the face of earthquakes and politics. A major contribution to preserving West Adams occurred after the 1994 earthquake, when Historic Resources Group fanned out over our city to identify and tag affected historic resources before any bulldozer appeared to demolish them. She is a historic consultant to Mt. St. Mary’s University and USC. For over a decade, she served as Adjunct Professor in the USC School of Architecture, in addition to helping found its program in historic preservation.

I first encountered McAvoy at a Cultural Heritage Commission (CHC) hearing in the early 1980s. She commanded the room and the commissioners, staff and the general public all appeared to really listen attentively when McAvoy spoke. I wondered: who is this person to who could hold so many people in rapt attention as they addressed this very prestigious body. The CHC is a City of Los Angeles keystone to protecting LA’s historic resources. Not only does the CHC consider and approve or disapprove historic cultural heritage monuments (which are then forwarded to City Council for final action) but also acts upon the creation and surveying of HPOZs.

McAvoy has received many, many awards: Her work has received recognition from the National Trust for Historic Preservation, the American Institute of Architects, the California Preservation Foundation, the Cultural Heritage Commission of the City of Los Angeles, the Los Angeles Conservancy, the Los Angeles City Historical Society, the Governor of California, the Hollywood Chamber of Commerce, and the Hollywood Arts Council.

At last year’s Preservation Award (to Mitzi March Mogul), McAvoy was the featured speaker. In her remarks she noted that: “CEQA has been an important part of planning infrastructure. The City now has the Mills Act as a preservation incentive that affords tax breaks for historic properties. Survey LA has been established with funding from the Getty and the City to provide the first citywide historic survey. It is important that groups such as WAHA take part in reviewing the SurveyLA findings to see that historic assets are fully recognized. The future of sound planning and livable cities are directly affected by preservation advocacy.”

McAvoy’s daughter, Carly Caryn, aptly describes her mother, in her 2011 article on the Greenwich Village Society for Historic Preservation’s (GVSHP) 13th Annual House Tour Benefit: “People in the preservation community admired my mother tremendously. She was extremely beloved and a singular wealth of knowledge on topic of historic preservation. Everyone wanted her involvement and advice. She was leagues ahead of her time, crafting her own niche and starting up her own consulting business, in a relatively unpopular field by Los Angeles standards. She was, and remains to this day, a human encyclopedia of architectural information, with a mind-boggling personal library and memorabilia archive to boot, that is virtually impossible to rival.”