Skip to main content
Annual Living History Tour - A Gathering of the Blue and the Gray - Saturday, September 27 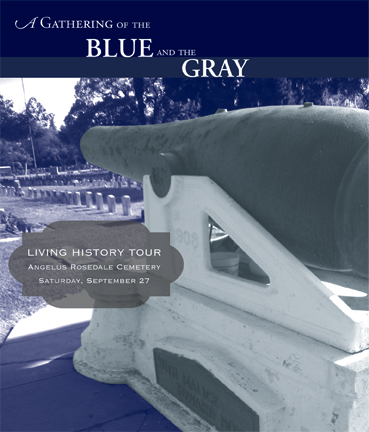 Tickets (by advance reservation only)
$30 members
$35 general public (children under 10 free)
At the door (if available): all tickets are $35

Time Slots
We will have several guided tours departing within each slot and will assign one to you. The tours each last 2-3 hours. We will confirm your time via e-mail after September 15.