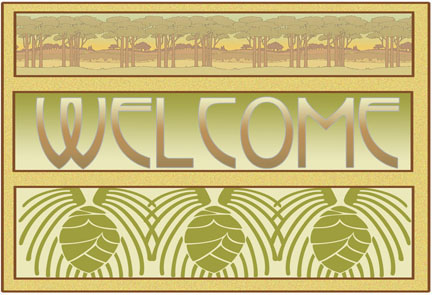 This is the event where we meet, greet & welcome the more than 50 new households that have joined the WAHA family over this past year.

read more...
Pathways to Yesteryear: Strolling the Street of Dreams 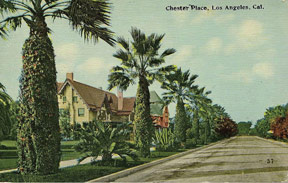 Tour grand Victorian era mansions and Queen Anne Cottages alike in oneof West Adams’ oldest neighborhoods, University Park
A century ago, Adams Boulevard was Los Angeles’ Street of Dreams – the main artery of a “Bon Ton District” that included Chester Place, St. James Park and the Belgravia Tract, home to some of the City’s finest residences. For this year’s Annual Spring Homes and Architecture Tour, WAHA invites you to stroll these pathways to yesteryear. This self-guided walking tour will open the doors to a collection of historic buildings that evoke the times and memories of the late 19th century in Los Angeles. Tour visitors may also ramble through the grounds of Chester Place, L.A.’s oldest gated community. Developed in 1899 as an exclusive enclave, these historic mansions are now home to Mount St. Mary’s College.

The Tour Was a Great Success -- We Sold Out!

“This past weekend, six houses in a West Adams neighborhood opened their doors — and their kitchens — to a parade of visitors celebrating the holidays.

Put together by the West Adams Heritage Association (WAHA), the Silver Jubilee offered a self-guided walking tour of the neighborhood, or a docent-led progressive dinner, with each house serving one part of an elegant five-course meal.

In the early afternoon, guests followed brochures printed with addresses and brief summaries of the houses on the tour. Inside each, volunteers guided them from room to room, explaining the history of the house; from the architect who built it to former residents who lived there and renovations undergone to maintain or restore the property. “

Originally envisioned by George L. Crenshaw as one of the region’s premier real estate tracts before the area even became a part of Los Angeles in 1909, Lafayette Square’s design was based on European cities, inspired to bring a feeling of tradition and graceful style not widely found in a very young Los Angeles.

Come with us this holiday season to experience the founder’s vision, as we stroll door to door, and socialize over a sumptuous meal, served one course at a time in each of the lavishly-decorated homes we visit.

May be last chance to view endangered murals WAHA presented the 21st annual Living History Tour, with costumed actors, at graveside, portraying historic personages in one of the city's oldest cemeteries. This year, we honored bold adventurers and unlikely heroes:


WAHA presented a Spring Tour celebrating a century of accomplishments of African Americans who have contributed to Historic West Adams' civic and cultural legacy.

Our tour goers visited the iconic Golden State Mutual Life Insurance building, designed by architect Paul Williams in 1947 for the first African American-owned insurance company established west of the Mississippi. The Late Moderne building with its notable integrated murals by artists Charles Alston and Hale Woodruff is on the road to becoming Los Angeles's newest Historic Cultural Monument. The murals, depicting scenes of African Americans' contributions to California history, are endangered, threatened with removal. This might have been the public's last chance to view them.

Historic West Adams is a new hotbed for fine art, with a growing number of artists who live and/or work in the community. Now, you're invited to visit a collection of West Adams' most interesting historic places, showcasing works by some of West Adams' most talented contemporary artists in their own homes and studios.

West Adams Heritage Association (WAHA) presents Art in Historic Places: Artists of West Adams, a tour that opens the doors to eight diverse historic venues throughout West Adams, including Craftsman Bungalows, Spanish Revival villas, and an award-winning adaptive reuse of a 1920s commercial building into a loft that's been featured in Dwell magazine. WAHA is also creating a pop up gallery at the tour's starting point featuring works by all the participating artists.